Upwards into the second exhibition in this venue, ‘Tertiary Sex Characteristics’ by Hanayo, I find myself in a room that’s at stark contrast to the previous space downstairs. There is natural light, detritus scattered about, dead and dry leaves around the outer edges of the floor, an empty bird cage and umbrella hanging from the ceiling, windows propped up at odd angles against the walls, cushions. It looks like a room that has been set up to appear trashed. Not actually trashed, but as if it had been trashed. Things are too carefully placed a slew, too deliberately off-kilter to really resonate with any actual energy. Monitors display moving images and there’s a cave in an adjoining room with a projection. It’s such a change from the professionalism of downstairs, such a vastly dissonant register that it’s hard to get a grip on it.

We make our way onto Site number 5 and come into a terrific installation by Yuko Mori called ‘Variations for F House’. It’s dark and brooding, theatrically lit and with some unusual tonal chimes arrhythmically filling the space. There are coils of audio leads that, at sections, are cast into concrete blocks with wire and magnets. A xylophone sits in the corner in a pool of water, emitting random notes from the motorised hammers across its surface. Lights flicker on a wire net suspended vertically in the further corner from the entrance. Everything is somehow alive and jittery, and clearly triggered by some sort of undetectable force. You feel implicated as you move and look, but cannot figure out why. Scanning every connected amplifier, lead and glass vessel yields little blue but reinforces the science-experiment aesthetic throughout. It’s as if the artist is conducting pseudo-tech-wizardry with sound and light and you are another apparatus in her compositions. It looked amazing, it sounded great and better still, it felt terrific. A work that worked on your senses and pulled you right into it – teasing, toying, playing and enveloping you in its charm.

Site number 6 was in a garage and we walked right passed it at first. Rather than frustrating or annoying, this treasure-hunt vibe in finding the venues was part of the thrill. When we turned back up the street and realised a flag was right there and the A3 poster description was on the door, it seemed so obvious, but really, it was just as easy to walk on by as well. But our map denoted it was here in this street and so we quickly realised our error through the simulacrum of our paper location. And we were glad to have found it because it was a delightful installation by Yuki Iiyama + remo (record, expression and medium-organization) called ‘Former Printing Office | PLAY A RECORD | faces’. There is always difficulty with works in a foreign language, those that utilise written texts and audio narration, for audiences not fluent in that language. But art can sometimes overcome such obstacles and deliver emotional resonance, oozing its way between the printed characters, the indecipherable sentences and the graphic dissonance of strange alphabets. This was one such occasion.

With a large table in the centre of the space, wireless headphones laid out on it, brochures and leaflets set under table lamps, there were two projections displaying old films and domestic stereo speakers mounted on shelves playing voices and oddly familiar familial sounds. One of the projections showed a man creating portraits out of small hair clippings, with his voice overlaid on top, audible through the headphones. At the time I had no idea what he was saying but I was mesmerised. It seemed so utterly banal and yet so inspirationally creative at the same time – these images appearing in tiny marks made of hair, drawn with finger and brush on a kitchen table. I later learn the images are of his family and he is describing the physical characteristics of their faces that make them recognisable as specific individuals. The room is all archival activation, inner sanctum, secrets and open discussion. A wonderful feeling and a charged atmosphere only centimetres from the footpath outside the frosted sliding glass doors.

On to the final official venue, Site number 7, and what turns out to be a rather straight-forward painting exhibition in a space that could just as easily be a gallery anyway, on the second floor of a corner building. It is as once slightly confronting to walk into a ‘regular’ painting show and also slightly comforting to see it included in this suite of works across the program. Contemporary art, and art with a community edge, need not be all photographs, archives, documents and new media. This show, ‘Into the Wild’ by Shinpei Kusanagi, features paintings of an abstract-landscape quality. The wall painting describes these as places that are somewhere and nowhere at the same time and that seems perfectly apt. They evoke traditional Asian landscapes, with that vertical perspective of mountains and lakes on scrolls, but push back horizons into flattened worlds of sky and cloud and mountain and rain. They are floating, ethereal netherworlds where the mind can wander and the body can never settle on a point of placement. But they are also paint as object, residue of movements and colour play in presence and moment.

KUSANAGI, Shenpai, ‘into the wild’

As we make our way from the final major venue and head for hot chocolate and the train home, we talk about the interesting spaces and the clever incorporation of art into the everyday spaces of a small local area. The program is an excellent way to inject art into situations and venues that allow for it to find an audience among people who might never find their way into the sometimes intimidating or downright uninteresting institutions of galleries and museums. Conversely, it is also an excellent way to have artists, curators and the institutional apparatus move into more everyday situations and sites, allowing them to reconsider the nature of their own practices and the way in which they present and communicate their artwork and intentions. The selection of artists and artworks that quite directly connected into the location allowed the work to fit in and belong to place and people that institutions often have a great deal of difficulty facilitating or identifying. This strategy by the Museum of Contemporary Art Tokyo while it was undergoing renovation is clever and demonstrates a commitment to integrate contemporary art into the social fabric of community and to elevate the creative potency and powers that lie within any given location. 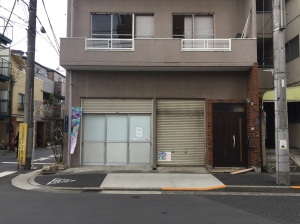 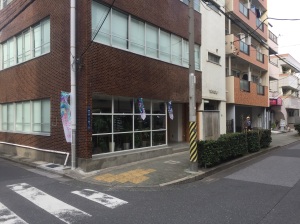 _ stealing some moments to get back into the drawing saddle during craft time with the kids ink on 1982 Time magazine article about US stock market difficulties during the lead-up to the federal election _ #drawing #contemporaryart #abstractdrawing
_ bush isolation hikes to burn off kidlet energy ... and some adult energy
_ back in the art-making saddle drawing on Feb 1983 edition of Time magazine – article about US budget deficits during the an oil crisis nature and economics on the mind _ #drawing #contemporartart #abstractdrawing
_ 10:30am and it’s time for Lucky’s story time, thanks to @squishyminnie — local ktown bookstore legends now online. _ @lakshalperera – deadset legend _ now to hit the work emails !!