Interviewed in the lead-up to his solo exhibition ‘Sticks and Bones’, at Stockroom Gallery in Kyneton 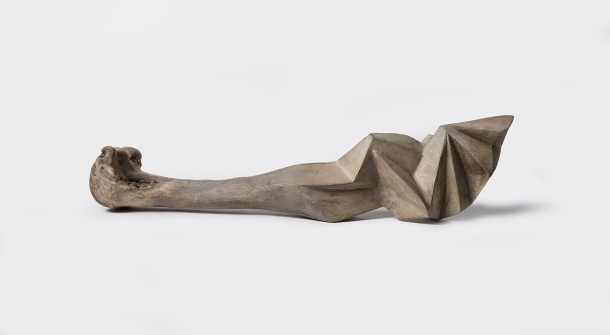 Jason Waterhouse has been running a gallery for over 3 years with his partner Magali Gentric. They’ve both passionately represented the work of contemporary Australian artists and against all odds in the recent economic climate they’ve been able to maintain a regular roster of exhibitions in a large gallery space in regional Victoria. Jason has spent more time supporting other artists’ work than he has dedicated to his own practice and yet somehow manages to keep producing quality art. You can check out his body of work here – on his website designed and built by Magali. He says he hates the art-wank bullshit that comes with a lot of the scene but he knows more about some philosophical lines of enquiry than most of the undergrads being churned out of art schools by their hundreds every November. Certainly more than he’ll ever let on, for fear of de-machofying his semi-butch profile. But, fuck it. I’m outing him as a sensitive man-child with an idiot-savante knack for packaging a complex idea inside a simple material language. He can’t easily plug his own art in his own gallery space, so I’m going to prod him with some questions myself.

Jason: It was not a conscious transition to start mucking around with sticks and bones for my upcoming show.  It just happened.  Although commentators like yourself will like to mark a significant shift in my practice, I don’t see it that way.

I have always mucked around with shit I like in my practice. Vintage cars, bikes and such.  I have personal attractions and/or attachments to all the objects that I manipulate.  In this show the objects are bits collected from around my family home.  To be honest, as an artist I’m conceptually dodgy;  I tend to build a funny scenario I’m my head, and whilst making it, I make up all the conceptual jargon that you so love Kent.  So I suppose this is what you want to hear:

The shift to organic material is a significant new chapter in my work, having for over a decade been fascinated with our relationship with the urban environment and how we interact with the everyday objects integral to our lives.  In my practice I have created works which utilise man-made objects as signifiers, creating a sculptural commentary on this complex relationship.  The shift to organic materials for the new show is significant as it allows a new language into my work, exploring environmental issues and man’s ongoing desire to control and shape the world we live in.

Also Kent, all the works have a shit load of car bog in them.

Kent: Yeah – that’s curious too. You’re modifying these bones and branches with this pretty toxic substance used in machinery repair, as if the dead-parts of once living things are morphing into the bi-products of industrialisation. Which is nice, because fossil fuels (dead organic materials) do indeed drive our industrialisation. But then there is also this geometric faceting going on. A sort of crystalline form. What’s your feelings on the geometric forms in your work?

Jason: It just made sense as a mode of modification for the bones, just as the bubble bits made sense for the branches.

Kent: Do you see it as an extension of those materials – bone becomes crystalline, wood becomes liquid? Or is it about the shape – facets and spheres?

Jason: In the majority of my work, my modifications are very intentionally as seamless as possible.  I hope that when presented they appear not as extensions of those materials but as the actual material.  The objects are presented as hybrids or mutations, impossibly created by nature.

Kent: Yeah, you are good at that aspect, I’ll give ya that. I remember you were surprised that I said your work was like ‘the remnants of death breaking free from nature and subsuming geometry’. I was thinking that the bone and the branch was becoming a sort of ideal Platonic form, driven by the negation of death. I remember having the word ‘plasticity’ stick in my mind with your work. I just checked the definition: ‘plasticity describes the deformation of a material undergoing non-reversible changes of shape in response to applied forces’. If that has any validity, what do you think is the force that affects your objects? What makes them stretch, bend, distort, drip and transform?

But in actual answer to your question, when I finish a work, it’s like releasing a hybridised animal into the wild.  I like your force idea and I am happy with that reading, but it’s not what I see in my work. I see life and growth. The Kingswood for example is not bent, it has come to life and is climbing onto the plinth.

There are two themes in this show – Sticks and Bones. The sticks for me are growing and the bones have grown, and as bones tend to do are now lifeless. The applied force is life, fictitious as it may be.

Kent: I’m also really interested in some quite delicate pieces I saw in your studio – the small twigs that you joined seamlessly together with one side native species plant, the other side introduced species. They’re really very subtle but for me they’re incredibly potent. What’s the deal with those?

Jason: The joining of the sticks seemed like a really subtle way to create a story.  And they are quiet, in a fairly loud show.

On that subtle and quiet note, here endeth the interview. We don’t want to give too much away.

By way of disclosure, I ran Stockroom Gallery in 2012 and got an inside insight into the working machinations of the Stockroom enterprise and the co-founding partners Jason and Magali. They’ve made an indelible mark on the Kyneton landscape and the gallery’s seen some fantastic shows come through, providing a platform for intermingling regional and city artists, as well as emerging and established talents. The Stockroom enterprise also consists of a massive retail space, where Jason and Magali’s representation of creative talents extends to ceramists, jewellers, furniture makers, fashion designers and others. Large sculptural commissions and cafe/retail fitouts are also produced in the workshop and there’s a never ending array of activity that keeps the place alive.

Jason’s show kicks off on Saturday October 12 from 2pm, and runs until November 2.