I’ve been pondering this for a while now and it’s become more apparent that art is always first and foremost performance. No act of creativity can exist without the performative actions of a maker. This is the very essence of creativity – the act of making. So while we may stand before an impressionist painting or minimalist sculpture, scratching our chins in contemplation of the meaning and ideas inherent in the work, the fact is we are standing before a trace left behind by a performance. 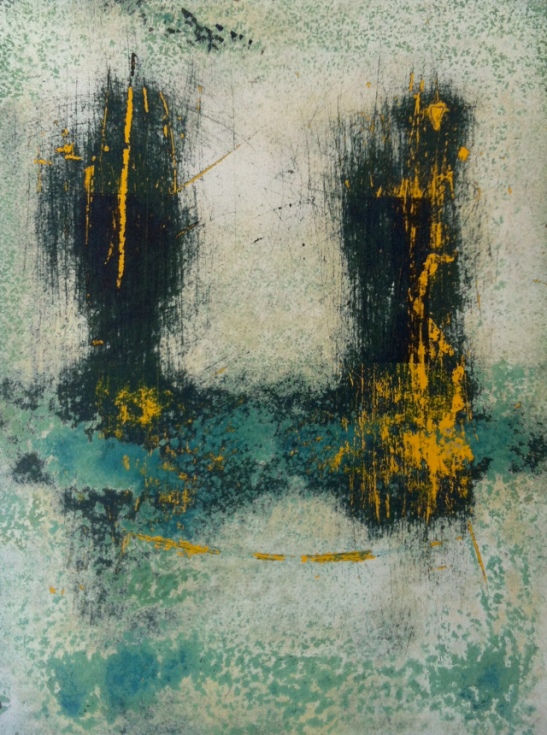 To some degree this awareness has been reinforced by watching online videos of skateboarders and freestyle bmx riders, and to a lesser degree the actions inherent in playing video games. And while these might seem like disparate connections, and areas one normally wouldn’t harvest theories about art from, bear with me, there’s logic in them there hills.

But first, performance. Every artistic act is exactly that – an act. Whether dragging pigment infused oil across canvas, carving into a piece of hardwood, or clicking on your mouse and keyboard to produce code in a computer, the artist is physically performing a set of bodily motions. These bodily motions trigger alterations to the objects the artist is engaging with. And so, first there is bodily action, and then second, there is the manipulation of the objects. Performance, then sculpture.

The performance aspect is easy enough to grasp. But what I think is less obvious, but perhaps equally true, is that performance implies some sort of articulated and considered behaviour in the way of say, dance. And this is where skateboarding videos come into play. Watching some of the incredible feats of these street artists, flying along at high speed, jumping into the air, spinning their boards under their feet as they leap over stairs, rails and chairs, it becomes more and more obviously a form of dance. Articulated bodily motions put to use in an aesthetic display – for they are truly beautiful motions – in the service of expression and a heightened sense of presence. That’s really the whole thing with dance – to move beautifully, in patterns and shapes, in order to feel something (usually just the simple expression of joy). Then, of course, there is the whole biological aspect to dance in terms of sexual selection – the attraction of partners. But that’s by the by for now.

Now, as far as all artworks then being sculpture, that is easily argued but not often noted. Painting is sculpture before it is painting. Pieces of wood connected together to make a frame (normally rectangular), a sheet of canvas or linen stapled around the frame, and then coloured pigments (which are basically dust particles floating in plastic or oil) are splashed, caressed and placed across the fabric surface. What you make of the arrangement of those coloured pigments is then a matter for your mental dexterity but at the first base level, the painting is a sculptural thing sitting before you. This understanding is easily extended to all other media. Even dance. After all, dance is simply the kinetic transition of the body. The body is contorted into patterns and shapes – an organic, fluid and coordinated succession of body sculptures reading together like frames in a movie.

Music too. That’s simply the musician creating performative physical sculptures with strings, bows, wind, sticks etc etc. Sculptures that cause a movement in the air, distributing waves into the atmosphere and generating sound inside your mind, as a result of those very airwaves tickling little hairs in your ears. This performative sculpture making of the body (plucking, banging, blowing etc) with objects is also like a form of dance. An articulated succession of movements in the service of expression. And here is where I’ll throw in video games. Watch someone playing for long enough, or if you play yourself, you realise the necessary succession of coordinated bodily motions required to play. Often, success in a game is very closely tied to your ability to remember a sequence of moves (push the left button three times, then jump, then pause, then hold the right button for 2 seconds, then hit the left button etc etc) and to execute them fluidly and in rhythmic time. Not dissimilar to the playing of music.

So what of this idea? What’s interesting about reconsidering all art as firstly performance, then as sculpture, then as whatever sub-category its medium might denote for its classification? Well, for me, it just makes it all the more obvious that artworks are traces of human endeavour. Stand in the middle of a large gallery space, maybe the NGV or the contemporary section of the Art Gallery of Ballarat, and look around at the dozen or so examples of art. What you’re seeing is the impacted effect of forms of dance on objects. Really – that’s what they are. And when you see all that art in this way, there’s something incredibly immediate about it. No longer are they so much like precious artifacts that evoke awe and a sort of revered separation of connection between object and viewer. They are archives, records written into object form, of dances performed by people. How lovely is that?

One thought on “dancing our artwork into the world”