Living in a regional location, you can’t help but be more attuned to concerns about nature. If only as a consequence of having a garden, for example, as opposed to living in a flat in the city, which makes the weather seem more important – like when can I mow the lawn if it’s been raining over night? Or by having to drive through forests and fields to go to work in the next town. Or having to think about a fire escape plan. But, coupled with that, is the fact that we email each other constantly, chat to friends by typing on keyboards or tapping on phone screens, and generally work with machines and technologies of some sort all day long. Is it possible that we’re heading for a unique blending of differing concerns in our lives?

Way back in the middle-ages, in fact for almost always, and almost everywhere, humans have placed some sort of spirit power at the centre of the effects of the universe. A god, or many gods, made things happen, watched over those things and decided how things would continue or end. From an artistic expression point of view, this manifested itself in the representations of biblical stories or other religious outpourings. The modern era, however, is marked by our desire to focus on our own human powers, influence and relationships. To each other, to the world at large.

The first simple transition point in this shift of focus was to replace religious power with natural power. After it became more apparent that a bearded old man in the sky was less of a tenable position than we’d thought or hoped, the influence of new technological developments pushed nature toward the throne of power. This happened in two ways: firstly as a positive consequence of our investigative curiosity (science) and secondly as a negative consequence of our material growth (economics). 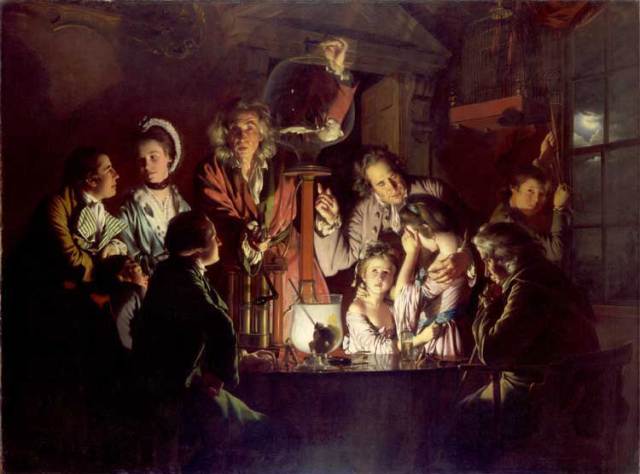 Science began to reveal the majesty of nature in more and more fascinating and unexpected ways. Technologies that enabled the analysis of nature made it clear that the earth was ancient, more ancient that we could at first even mentally comprehend – billions of years? How do you run those numbers in your head? Seriously, just try and imagine that timeline, it’s almost impossible to hold the idea before it slips away. Living things seemed to be able to adapt to their environments over time and then gradually change from one animal into another animal as a result. Nature was enormous, powerful and unrelenting. If god was dead, like the philosophers started to suppose, or rather, wasn’t even a realistic possibility in the first place, maybe nature was at the heart of all this power. Maybe nature was god.

In counterpoint to this was the reactive concern to the spreading potency of economic developments.  Factories were starting to grow up, made of rocks and blocks of heated clay. On the inside they were melting rocks into steel, turning sheep hair into cloth and grinding grasses into food. They were run on the power of water, the fossils of ancient wood and sea creatures, and spewed gross black smoke out into the air. Beautiful areas of forest were being cut down all over the place and people were clambering into tiny little hovels by the thousands, packed like ants into cities in the hope of grafting a tiny fragment of the prosperity promised by these advances. Seeing this as all a rather unfortunately coordinated use of our collective brain power, artists and philosophers argued that the majesty of fresh, open aired nature was clearly the alternate preference and should be revered as the wondrous and infinite beauty of the true universal truth.

In a very generalised nutshell, this is the two movements known as (1) the Enlightenment and (2) Romanticism. And like all movements of art, they don’t actually ever end, to be replaced by the next one. They continue to exist, becoming part of the complex language and influence of all succeeding movements. And, at various times in history, they exert a greater or lesser influence.

Our current era is marked by a similar set of concerns and, I think, is seeing a convergence of the concerns played out by these movements. It could be easily argued that these two movements have never stopped or waned anyway, we’ve continued striving forward with science and analysis and technological advances, without ever pausing for breath, and we’ve always felt slightly uncomfortable with the side-effects of this progress. But along the way, at different junctures, the strength of one concern over the other has oscillated, like a swinging pendulum, forever trying to settle into a middle-ground but never finding it.

Science occasionally throws up some advances that reward all of us to such a degree that they create instant evolutionary steps. Curing diseases, harvesting plants for food, harnessing energies, as examples, have advanced human civilisation at a speed that makes natural selection seem dim-witted. And it is at these times that nature slips away from its throne, replaced by humans and our tools.

But then, science delivers up new ways to slaughter living beings, wiping species from the earth, murdering millions of our species, unleashing toxic by-products from its outputs and manipulating and exploiting our natural resources. And it is at these times that we fear the repercussions of the natural world, and nature becomes the ultimate power, only moments from reclaiming its throne and bringing us all to justice.

Possibly, then, with this constant shifting back and forth, it might actually be the case that humans, our tools (technologies) and nature are collectively in power, together. And the acknowledgement of that might be a way of seeing the future more clearly. Enlightenment ideals, driven by the scientific urge of analysis, continue to advance new technologies. Romantic ideals, driven by a sense of loss of connection with the ‘natural’ world, continue to drive our understanding of our place in the universe. But, we might be reaching a time when the pendulum swing of dominance becomes a blur, as it constantly shifts back and forth faster and faster, and it becomes possible to see the two drives as partners. Perhaps even coexisting simultaneously, like sub-atomic particles in quantum physics (recent studies have shown that atoms are actually made up of even smaller bits, and mathematically, those smaller bits actually exist in more than one place, get this … at the same time!). 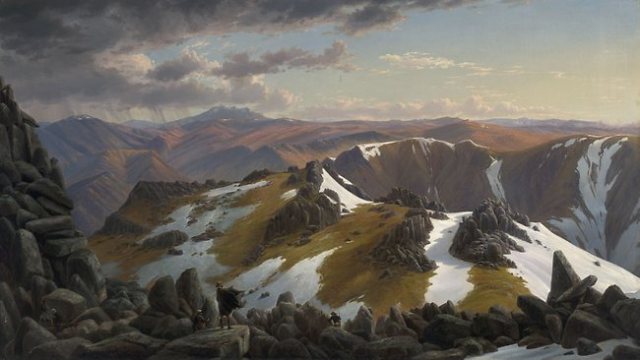 The idea of the sublime is relevant here – and it something that came out of Romantic thinking. The sublime is basically the overwhelming joy that comes from engaging with the natural world, like the sense of amazement that comes over you when you look out across a valley of forest. It’s truly a wonderful, almost full body experience. But, coupled with that, is a sense of overwhelming anxiety or fear at the power of nature, and the sheer uncalculable scale of it. Feeling like a tiny speck of nothing in a universe of practically infinite space. Are there more stars up the sky than there are cells in my body? Am I that insignificant – in the face of all this beauty and infinite complexity?

What’s interesting in the current context, is that we are able to sense this sublime in the production of our technologies. We can log on to the internet and get that same sense of wonder at the complexity going on in that virtual universe – think about all the financial trades by the trillions of dollars per hour, all happening over a collection of computer servers, wires, radio signals and flatscreen monitors. Our economy is being, if not run, at least coordinated, monitored and recorded inside the vast virtual spaces of our technologies. That complexity is amazingly wonderful and downright terrifying at the same time. The same could be said for our cities of millions. Where the borderline between civilised organisation and chaotic collapse seems so fragile when idiots blow up train carriages full of people, minorities hoard the cash of economic progress and heatwaves distort metal and throw transportation lines into a mess.

The sublime of course continues to be manifest in the natural world. We are still amazed and in wonder of the brilliant beauty that nature serves up. More and more so, this is in the way it is interconnected rather than singularities like a particular mountain, tree or feather pattern on a bird. The way the components of ecosystems interrelate and the way nature moderates and coordinates itself across expanses of space, species and times has become of interest and awe to us. But we’ve also come to realise the enormous power it can unleash with a single volcano, earthquake or cyclone. And as a result of our knowledge about the natural world, we also know that these forces are but a fraction of the earth’s power, tiny blips of events in the grand scheme of things, and further more, we worry we might have triggered them off with more frequency and intensity.

The growth of a green movement in recent years is clearly influenced by these concerns. And the growth of artistic production that explores these ideas is also evident. Interconnection, relationship building, community and the complex behaviours of systems are all hot topics among contemporary artists and explore the conditions we all find ourselves in at the moment. For artists, living in this place, at this time, with national broadband on its way, with more debates around the environment on their way, and being in a position to have one foot in both camps – the enlightenment and the romantic – it all makes for very interesting times indeed.

_ foggy forest diversion immersion
_ only took me three years and a global pandemic, but finally made the moves towards transforming the shed to a studio
_ sometimes iso lockdown is a nightmare of claustrophobic anxieties. sometimes it’s a gift of familial intimacy the lucy and vivian studio production team is 🥰